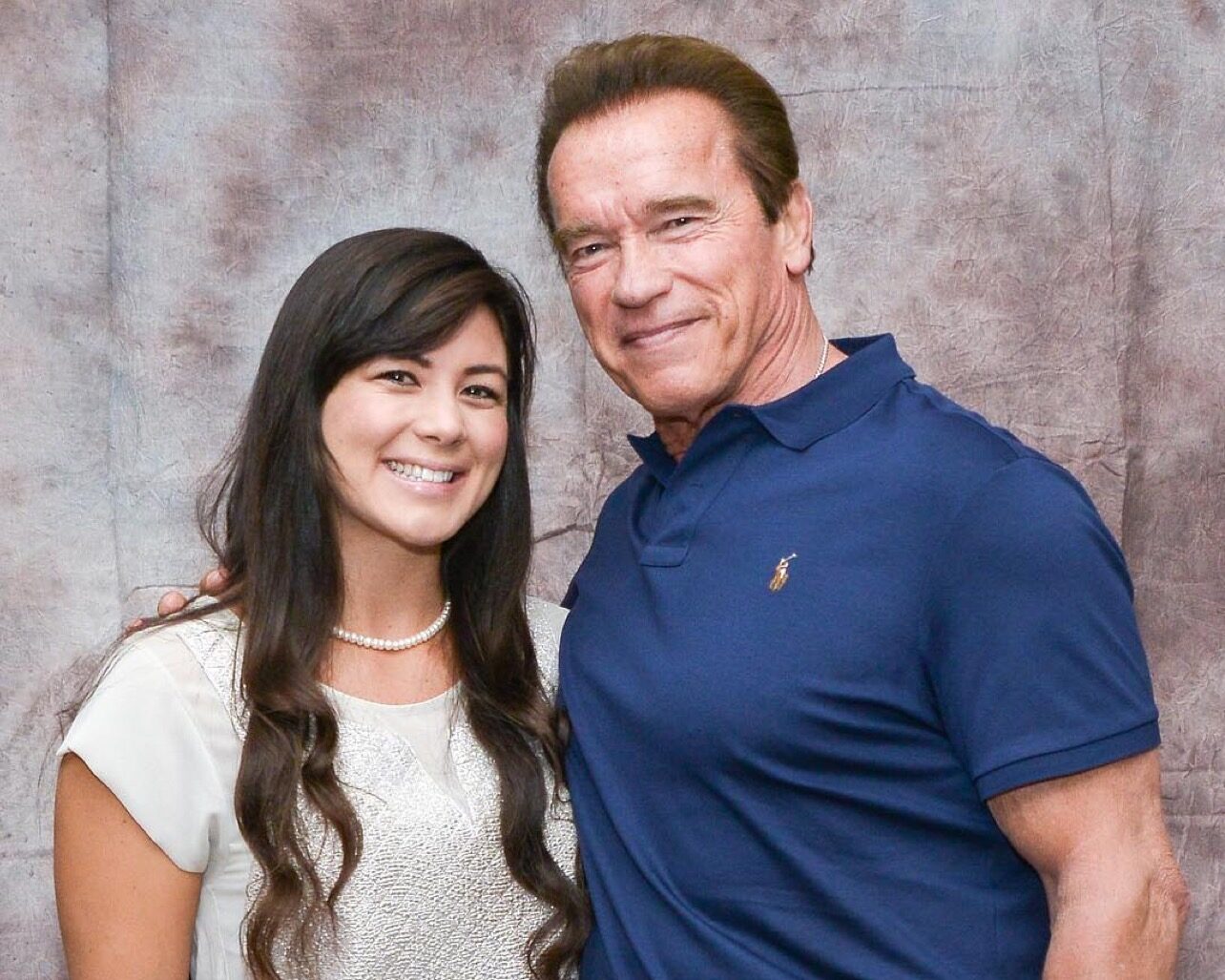 Next month will be the sixth year pole fitness is included in the Arnold Classic. So we thought it would be a great time to look back the first five years with Lindsey Kimura, President of the Pole Championship Series, the league that organizes the Arnold pole competition.

Pole Press (PP):  Hi Lindsey. Let’s start with the basics. What is PCS, and how is it different from some of the other “acronyms” our readers may have encountered elsewhere?

PP:  So then, the PCS is a “series” in the sense that it’s a year-long tournament? So for example, I saw on your website there are roughly a dozen “non-Arnold” PCS competitions listed throughout the 2018-2019 season. And if I’m understanding you right, those other shows are all qualifiers for the grand finale that takes place at the Arnold Classic. Yes?

Lindsey:  Yes, that is correct. The first place professional winner of each qualifier is invited to compete in the PCS Championship at the Arnold, which is a championship for all of the top champions.

PP:  I notice you emphasized professional just now, which reminds me: One question I get asked a lot — especially by bikini, fitness, and figure competitors who are curious about pole — concerns this distinction between “amateur” and “professional.” And the reason they ask me this is that, in those sports, there is a very explicit set of rules for demarcating between pro and amateur status; one of the proudest moments for any competitor is when she “earns her pro card.” Now what I usually tell these other athletes is that, because pole fitness is so much younger than bodybuilding, the rules delineating pro/amateur are still a bit fluid. Have I been telling them the truth?

Lindsey:  Yes, that is correct. In our series, the PCS Championship is the Pole Pro Finals because it consists of champions who have won first place in the professional division of a qualifier. Therefore, each has already won a professional competition. Anyone who did not win one of our official PCS events, can enter the Open. The winner of our Women’s Advanced Division receives an invitation to the PCS Championship. This division could be considered semi-pro. In the pole industry, we are still shaping and creating exact definitions for amateur and professional because the industry is very young: about 12 years of “Pole Fitness.”

PP:  Well since the sport is so young, could you take us all the way back to the beginning? For example, in those few years before PCS came along, what were the very first pole fitness competitions like?

Lindsey:  I believe the very first pole competitions in the US were called Pole Superstar and I believe Pole Star or something along those lines by Anne Marie Davies. These took place 2006-2008. The first main pole competition was held in New York City March 2009 by USPDF in a beautiful theater. Jenyne Butterfly was the first ever USPDF champion. Top YouTube polers from around the states traveled in and many teachers/students and enthusiasts. At the time some big names on YouTube were Karol Helms, Leigh Ann Reilly, and I believe a Russian girl (forgetting her name now, but people will know when you mention it)! Alethea Austin won most sexy and Estee Zakar most fit. I remember this competition like it was yesterday. My home pole studio is BeSpun. We had a group of us fly out to support including Leigh Ann Reilly, the studio owner, Tami Brandel, one of the very first BeSpun students, I believe Natasha Wang, and Amy Guion. We met Allison Sipes who now runs Florida Pole Fitness Championship. I also enjoyed meeting and connecting with Lian Tal of Body and Pole and Marlo Fisken. USPDF had a compulsory and optional round. In the compulsory round all girls had to wear more fitness apparel by sponsor Mika Yoga Wear and complete certain moves while the optional round was longer with costume of their choice. Wendy Traskos and Anna Grundstrom were the organizers. It was such a well done competition. I believe they had a floating truss.

PP:  So how did the PCS first get formed? And was it linked to the Arnold Classic from the very beginning?

Lindsey:  Ty and I formed the PCS in the fall of 2012. We were sitting at the conference center. I was the Marketing Manager of X-POLE US at the time and had expressed the idea of forming a grand championship league in the style of collegiate sports such as BCS Football and X Games. Ty and his partner Clive also had the idea of wanting to start a pole league. The timing was perfect so we rolled it out. Since X-POLE had already sponsored over a dozen events and some of them for multiple years in a row, we had already developed a relationship with the event organizers. I called them up one by one asking if they wanted to send their winner to a grand championship. The first year we started with a professional division (not amateur). I believe Fawnia, Owner of Pole Expo, referred the Arnold Sports Festival organizers to X-POLE knowing they were backing the PCS. Conversations ensued, and it seemed like a great fit to hold our first championship in March 2014 at the Arnold rather than a stand alone venue in Los Angeles. We were excited to share Pole Fitness with a wider audience and the greater sports community.

PP:  Have there been any significant changes for PCS over the past 5 years, regarding either the PCS Finals show itself, or regarding the PCS organization as a whole?

Lindsey:  There have not been any major changes. In March after every PCS at the Arnold we come back to the drawing board to discuss areas that went well and areas to improve upon. From there we make and implement changes to improve and grow from the year prior. In our second year we added an Open for Men’s, Master’s, Novice, and Women.

PP:  And more broadly, how would you say that pole sports in general have evolved over the past five years?

Lindsey:  Pole Sport has gained more participants in the form of athletes, teachers, students, and fans. The number of studios continues growing in addition to the number of competitions, showcases, expos, events and organizing bodies. The community remains tight knit. One of my goals is to continue expanding pole in the mainstream to make it available and accessible to more people. I also love the idea of showcasing such talent, grace, strength, and beauty.

PP:  Incidentally, I noticed that for three of the five years, the overall winner of PCS has been a Canadian: Jazzy Alix in both 2015 and 2017, and Tara Meyer in 2016. Is that just an anomaly, or is Canada “ahead of the curve” compared to the US when it comes to competitive pole fitness?

Lindsey:  Pole Fitness in Canada continues to grow. We have a good amount of Canadian athletes participate in the Open. I think Jazzy’s win in 2015 attracted more Canadian interest and attention. This momentum carried on into 2016 and 2017 as Tara and Jazzy won again.

PP:  I also noticed that last year’s overall winner, Eunji Jeong, is from South Korea. Is that an indication that pole fitness has exploded in Asia as well? Or is it confined to specific Asian countries, like Korea, which have more pervasive socio-cultural and political ties with the US and “the West” in general?

Lindsey:  Pole is definitely exploding in Asia. Since the population in mainland China and other parts of Asia combined is very large, more and more people are doing it. There are huge schools and more studio chains out there. The athletes I’ve seen are incredible and so talented. Asia is deep in numbers and talent. They are diligent, athletic, light, and nimble. I also think that because Chinese pole is rooted in the culture, pole may be more easily accepted there as a form of sport, art and fitness.

PP:  Looking forward, what changes do you foresee (or hope to see!), both for PCS and pole sports in general?

Lindsey:  I hope to see all competitions continue to grow in quality and quantity in terms of athletes and fans. I also hope to see more unity amongst the industry in terms of rules/regs and presentation. This is not something that can be forced or manifested overnight, but I believe more unified presentation will occur with time. I can foresee Pole Sports continue to develop its identity and is the form of pole that will go the furthest mainstream while other forms of pole such as exotic and art will continue to exist in the theatrical, nightlife and other arenas.