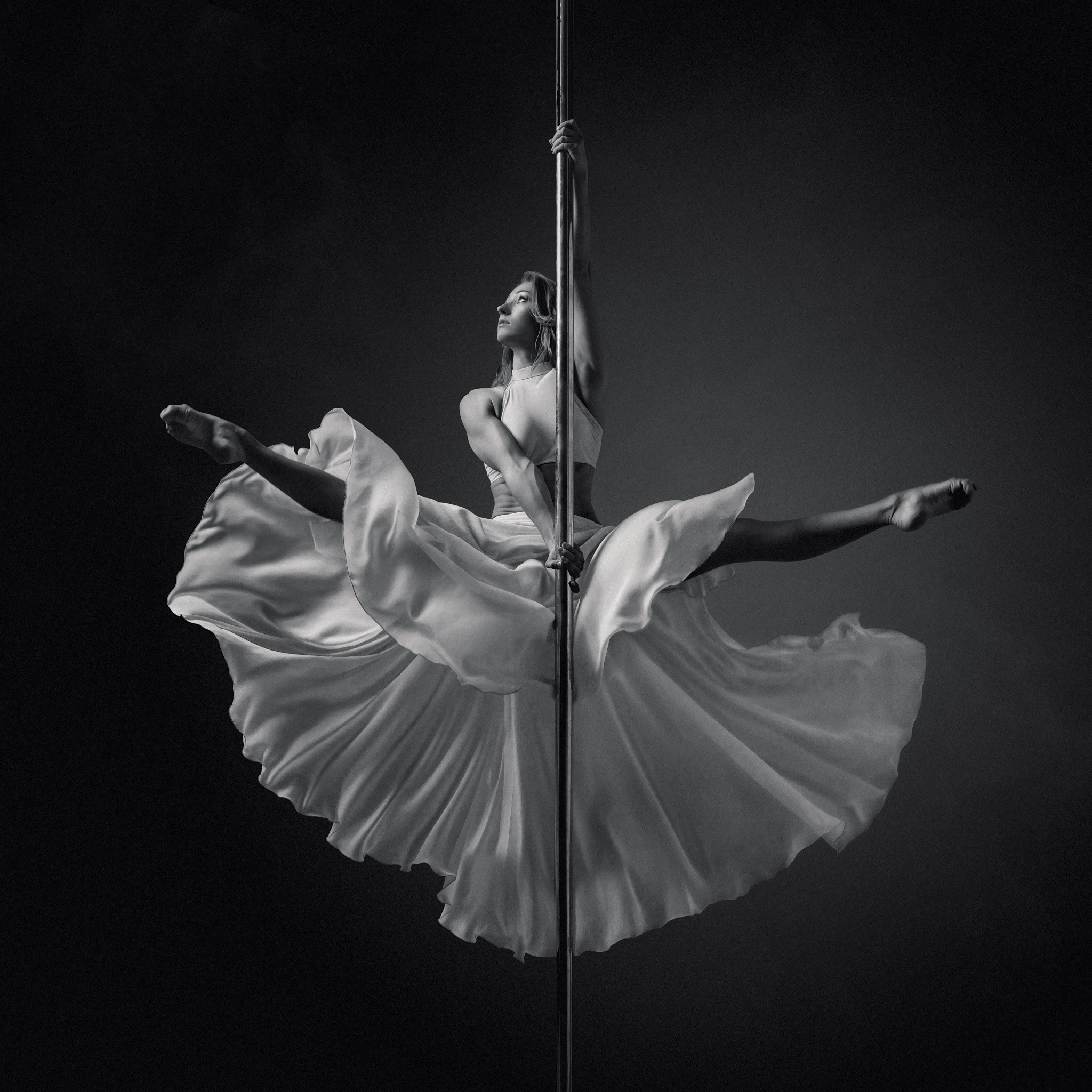 Anastasia Skukhtorova has been an innovative leader since her debut on the international competition stage in 2009. Today, there is hardly a pole athlete who doesn’t draw some inspiration from her performance style. Over the past decade, Anastasia has impressed audiences all over the world with routines showcasing her signature flexibility and graceful movement, often set to classical music.

However, one of the most beloved and impressive qualities about Anastasia is her determination to achieve whatever she sets her mind to. Many have heard that Anastasia has no background in dance, gymnastics, or any other sport – and yet she won her first national competition after only 11 months of pole training, and rose to international stardom in under 3 years. She says she believes anyone can achieve their goals, however unattainable they might seem, if they too believe in themselves.

Anastasia’s pole experience started like so many others’ – with a desire to take dance classes that focused on feeling feminine and elegant. Growing up in Moscow, she always dreamed of being a dancer; she loved movement but had no classical training. At the age of 18, after watching American movies like Step Up and Honey, she was inspired to take her first pole class at a studio in Moscow.

Anastasia was instantly hooked and started preparing for her first competition the following year. In 2009 she competed three times: in April as a beginner-level at Russia’s first ever pole dance competition; in August in the professional division at the Russian Pole Dance & Fitness Championships in St. Petersburg; and in November at the qualifier for the upcoming World Pole Dance Championship. Anastasia won her qualifier, earning her a chance to compete at the World Championship in Zurich.

The World Championship took place in October 2010, with only 13 athletes worldwide who had been accepted as finalists into Anastasia’s category. Anastasia counts this experience as one of the most important competitions of her career, largely because of the opportunity to meet, perform alongside, and be inspired by these athletes whom she respected and admired so much.

The following year, Anastasia competed at the Pole Art competition in Helsinki, where she placed 3rd in her category. The video from her 2011 Pole Art performance, with over 4 million views on YouTube, helped launch Anastasia’s career. Following this performance, she was immediately offered teaching contracts abroad, and decided to make pole her full-time profession. And finally in November 2012, Anastasia won her first international title at the Pole World Cup in Rio de Janeiro, Brazil, where she placed 1st in the professional division.

After achieving international recognition, Anastasia fully immersed herself in pole as a profession. She travelled the globe teaching workshops, judging competitions, and occasionally competing and performing. In 2014-2015, Anastasia toured with the company “Cirque le Noir – the Dark Side of Cirque” as a guest artist. Today, she continues to lead the pole industry, inspiring her students and audiences with her captivating pole style. Anastasia is now based in Denmark, but still tours the world to teach and perform, and is always trying to find something new to explore.

Most recently, she competed in the 2018 season of “Denmark’s Got Talent.” She says her goal was not to win, but to show new audiences how beautiful pole dance can be. She attributes her success to a combination of training programs, circus artists and pole coaches who have helped her along the way, and the desire to do something “different.” For example, when Anastasia started competing, she was one of the only dancers to perform barefoot or to perform to opera / orchestral music. She encourages her students to focus on what makes them unique in order to develop as athletes.

Jane is a pole performer, producer, instructor, and competition judge based in BC, Canada. In 2018 she co-founded Electra Pole Art Productions, a professional performance company that focuses on curating pole art shows. Jane has competed in the Canadian Pole Fitness Championships (2014-2016) and Pole Theatre Canada (2018), and volunteers as a judge with PSO in Canada and Europe.

When Your Coping Tool Becomes Your Obsession

5 Years of Pole at the Arnold: Interview with Lindsey Kimura